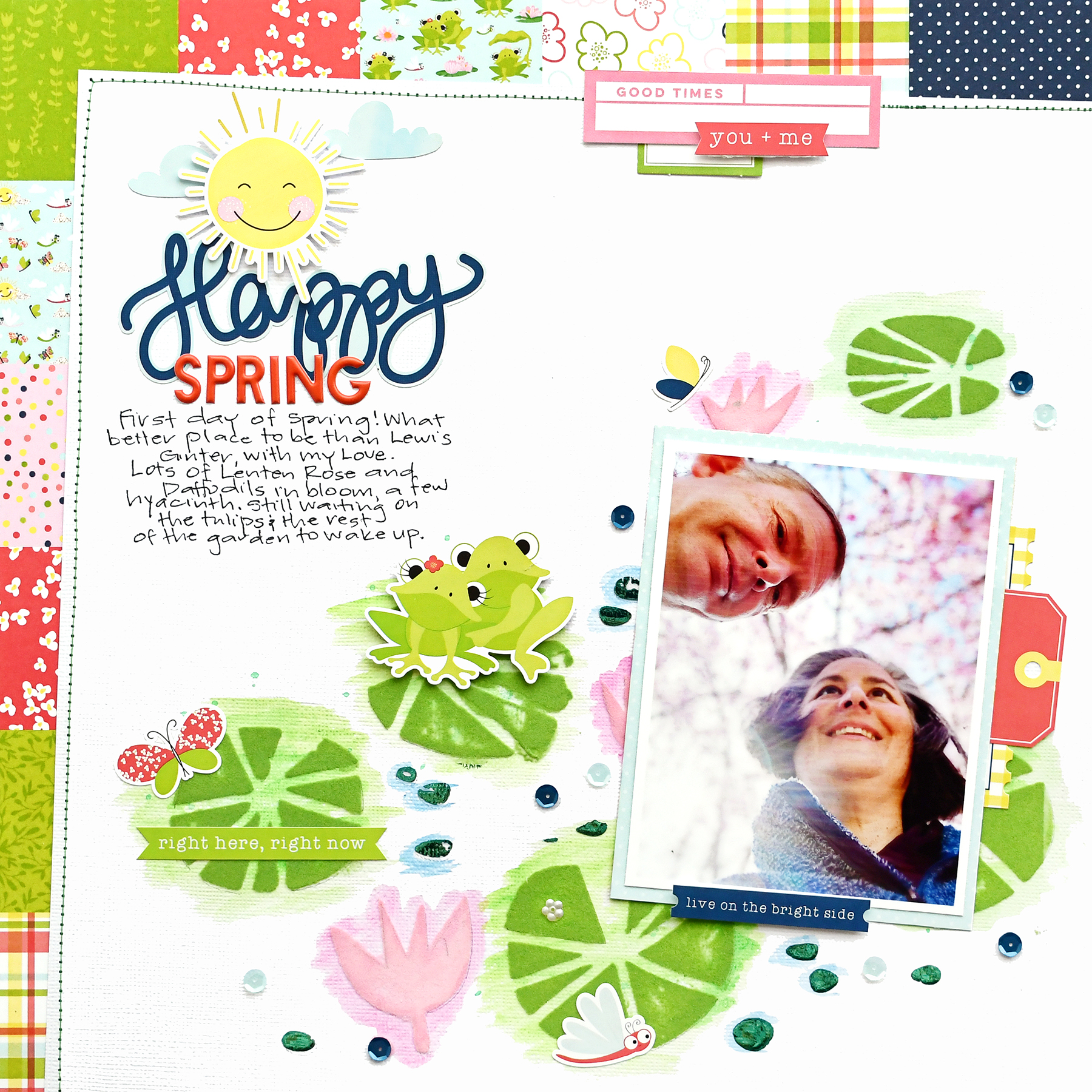 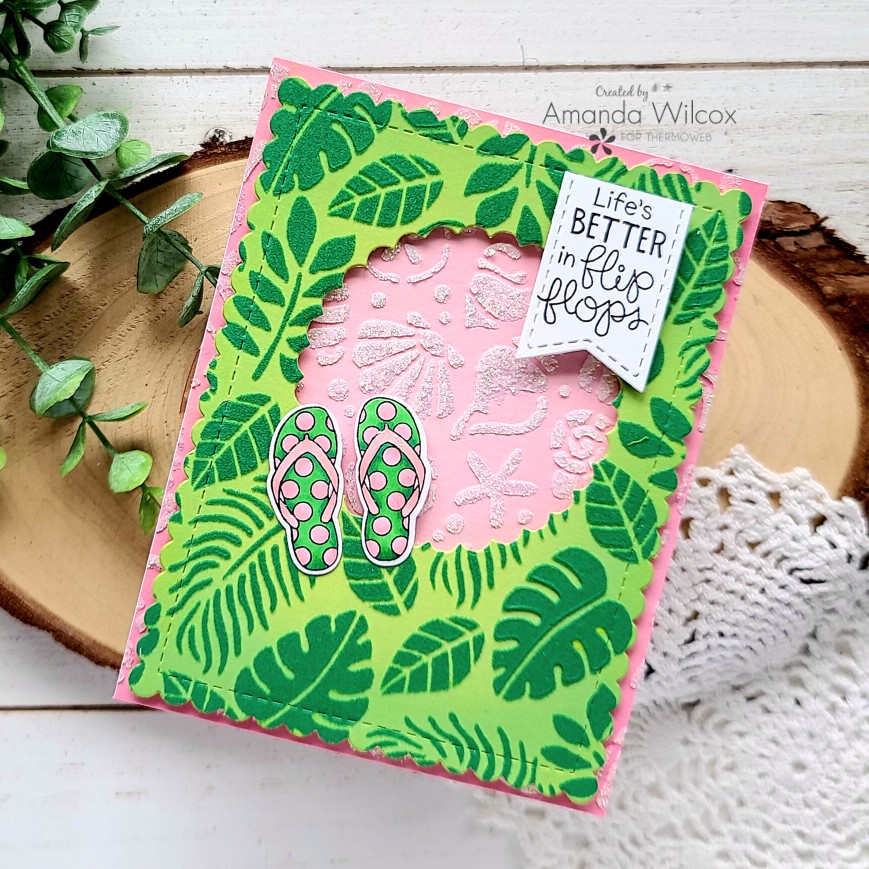 Hi friends! It’s Amanda from Twiddler’s Nook today with a pair of summer feeling cards featuring some fun deco flock and glitz gel backgrounds! I ended up with two cards because I just couldn’t get the window cut out from the first one to go to waste!

Once the transfer gel was dry, I ran that panel through my laminator with emerald green deco flock. Then I die-cut that panel with the scalloped rectangle and cut a scalloped circle window from it. I trimmed the pink panel down to A2 size and adhered it to a white card base.

I stamped and colored the flip-flops with my Copic markers and used the coordinating dies to cut them out. Then I die cut a banner from Frames & Flags and stamped my sentiment on it, then trimmed it off the top. I added foam tape to the back of my flocked panel and adhered it to the seashells. Then I used a combination of foam squares and liquid glue to the flip flops and adhered them in the window. I used foam squares to adhere the sentiment flag to the top right and moved on to the finishing touches.

Given so much great texture and shimmer from the deco flock and glitz gel, I just added some fun glossy accents to the straps of the flip flops and called this fun card finished!

However, I could absolutely NOT let that awesome scalloped circle go to waste so I immediately started on another fun card!

This time I inked up the edges of a blue panel with broken china distress oxide and used turquoise sea glitz gel over the waves stencil.

Once it was dry, I die cut it with the Framework die. I stamped and colored another pair of flip-flops and die-cut them out the same. This time I stamped my sentiment on the right side of a circle from Circle Frames and moved on to assembling my card.

I used liquid glue to adhere the circles together and foam squares to add the flip-flops to those. Then I used more foam squares to adhere that grouping to the waves panel. I tied a yellow organza ribbon around the glitz panel and added foam tape to the back. Then I adhered it to a white card base and finishing things off with the same small amount of glossy accents on the straps.

I appreciate you sharing your time with me. I hope you found some inspiration to create something wonderful! Have a fabulous day!